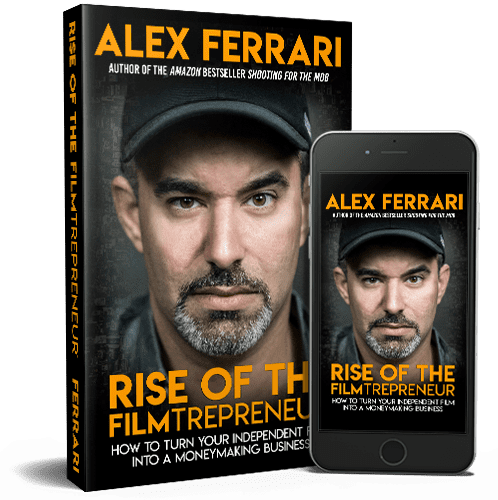 WHAT PEOPLE ARE SAYING ABOUT THE BOOK

"Rise of the Filmtrepreneur is a must read for any filmmaker even thinking of making an independent film. Do yourself a favor and read this book now!"

"Alex Ferrari is proving time and time again that he is the best friend that Indie filmmakers could ever ask for. His latest book, Rise of the Filmtrepreneur, gives it straight to filmmakers just what they’re in for when they create any type of work. It builds a steady case throughout the book that you really have to think like business people."

"I cannot emphasize how great of a read and how important this handbook guide will be for the future of filmmakers moving forward. I will continue to champion this book among my circles for those wishing to get a taste of how to think like a successful producer in this digital age we've all become over encumbered with."

"I enjoy the author's online work. His podcast and interviews are great. And HUSTLE is the work, because if you're making indy films it's the only way you're going to get anything to happen. In the book he talks about the importance of knowing your target demographic, how to give them some value and turn them into PAYING customers. That's right..PAYING."

"I have been on the Business most of my life and needed to get a up to date perspective on maximizing my income from existing Projects. This book did the trick. I bought copies for some other veteran film makers and they concur. The case studies featured in the book offer some amazing incite into how resourceful other filmmakers have been to make money from their Films. Buy this Book."

"At last, a truly-helpful guide to that crucial aspect of independent filmmaking: how to create your own system of financial self-sufficiency, in this brave new world of DIY film production, self-distribution, social media, e-commerce opportunity."

I MADE MILLIONS USING
THE FILMTREPRENEUR METHOD

Mark Toia is the writer/director of the smash indie film hit Monsters of Man. After getting offered bad and predatory distribution deal he wondered if there was another way. When Mark discovered Rise of the Filmtrepreneur he decided to do a million dollar experiment and release his film himself using the Filmtrepreneur Method. He went on to gain multimillion dollar returns and has never looked back.

"I wish I could have read Alex's book "The Rise of the Filmtrepreneur" at the beginning of my career. In this video he sat down with me to talk about his approach to treating filmmaking like a business and never lose sight of the audience." - Sven Pape (This Guy Edits)

BASED ON THE INCREDIBLE TRUE FILMMAKING STORY

SHOOTING FOR THE MOB

From the backwater towns of Louisiana to the Hollywood Hills, Alex is taken on a crazy misadventure through the world of the mafia and Hollywood. Huge movie stars, billion-dollar producers, studio heads and, of course, a few gangsters, populate this unbelievable journey down the rabbit hole of chasing your dream.

Would you sell your soul to the devil to make your dream come true? By the way, did we mention that this story is based on true events?, no, seriously it is. 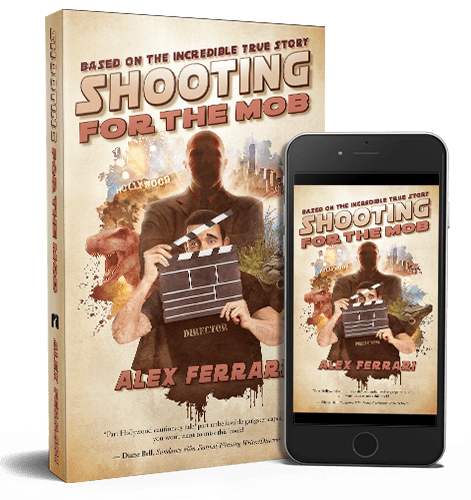